Some Common Examples Of Gaslighting

Gaslighting is the practice of lying to, misleading, misdirecting, or pressuring someone for personal gain. It is a form of mental abuse in which one person systematically lies to another in an attempt to make them doubt their own memory and sanity. Here are five examples of gaslighting in a relationship: 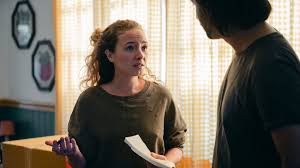 1. Making the victim believe they’ve done something when they haven’t. For example, saying you left your laptop in the other room when you know you actually left it at home.

2. Making the victim think they’re crazy or paranoid when there’s no reason to think that way. For example, insisting that a conversation took place in the victim’s head when it didn’t.

3. Making the victim doubt their own senses, especially when those senses could easily prove them right. For example, insisting that a partner looks fine even when they can see that they’re visibly upset or stressed out.

4. Manipulating the environment in order to create a more confusing and dangerous situation for the victim. For example, staging accidents or making sudden changes in routine that make it difficult for the victim to keep track of what’s happening.

5. Using verbal intimidation or physical violence to keep the victim in line. For example, threatening to leave.